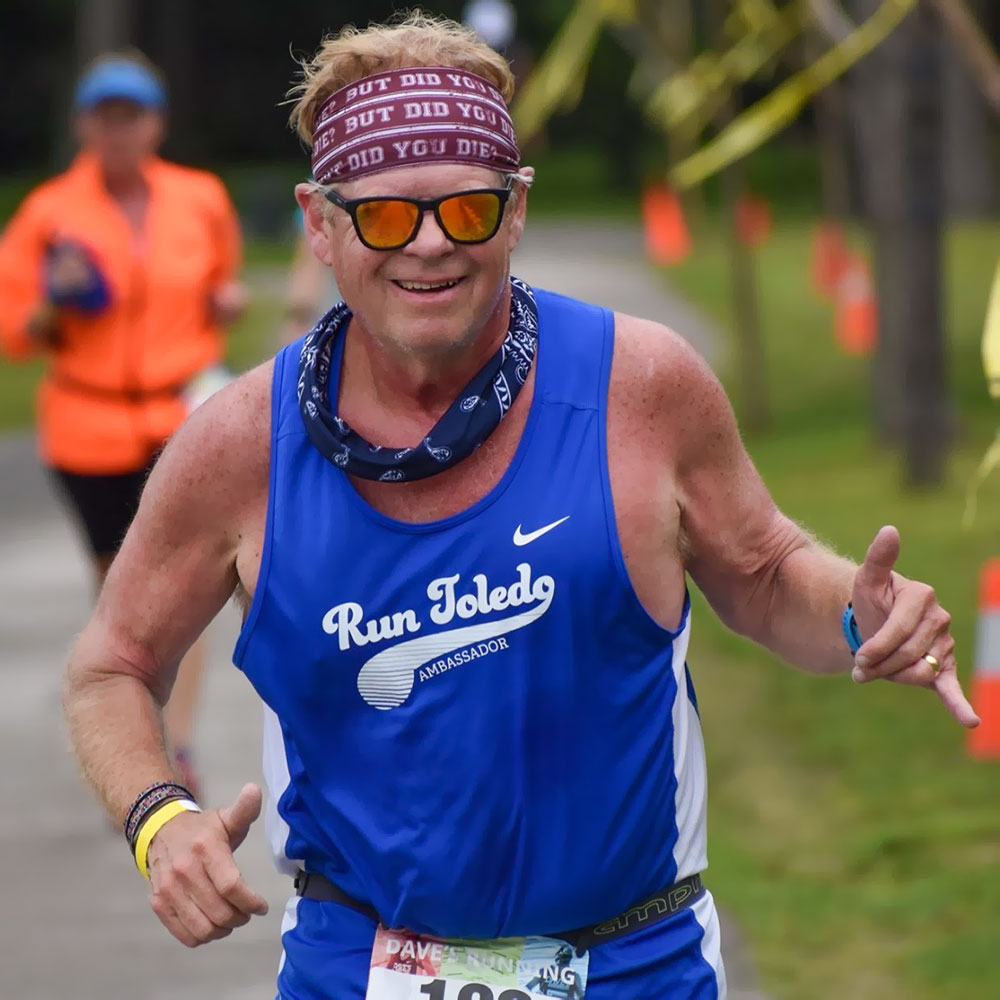 I am referred to as Tri-Guy, because I’m responsible for directing all Run Toledo Multi-sport events. I also direct some of the Run Toledo running events — mostly I direct the runs that do not fall into a series. Additionally, I coordinate the efforts of the Run Toledo Ambassadors. I also work as a timer for races I am not directing, and put in a couple of shifts per week fitting shoes at Dave’s Running Shop.

I owned and operated the Potbelly Sandwich Shops in Toledo for 10 years, and also sold pharmaceuticals for 20 years. Because of this background, I naturally think in a sales/operational mode and bring that thinking to our events. I have USA Triathlon and RRCA Race Director Certifications…and was voted Run Toledo’s 2nd favorite Race Director the past several years. As you can tell, I like a good quip.

In high school I ran primarily as punishment during practices for other sports, and began running for real in my early 20s. I’ve completed 28 marathons, as well as a heck of a lot of half marathons, and other distance races. I got into Multi-sport races after volunteering at the Vic Tanny Sylvania Triathlon. I completed 20 or so triathlons and duathlons over the years until I retired my bike after a run in with a truck.

Outside of spending time with my family and friends, my primary non-running interest is Scuba Diving. I am a SSI Instructor, and spend as much time as possible breathing compressed air somewhere underwater.

Running, being active, and fitness have been a big part of my entire life. Through our events, I want  runners to embrace the joy and fun that I experience when running. I would like our runners to view the events I direct as a party with a run or triathlon attached to it, and I work hard to make that happen. No worries!